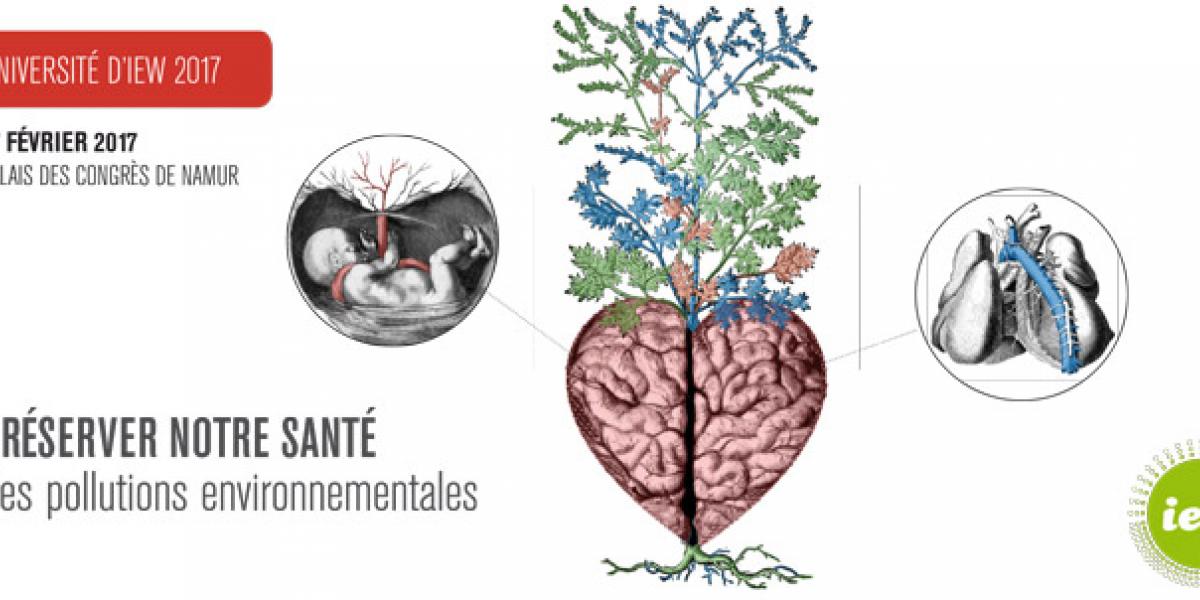 The Fédération Inter-Environnement Wallonie has sent out an open invitation for its annual conference on Friday 17 February in Namur, Belgium. This seventh edition conference aims to bring together economic, social, political, academic and associative actors to have an open debate where they can express their opinions and concerns about different environmental and health issues.

This year, the Federation wishes to address a topic that is of great concern to all citizens and which should be at the heart of public and policy concerns: Environmental Health. As the subject is particularly wide, it will be approached from two different angles: one being air pollution, which is the first environmental factor that causes human health problems and the second being a type of emerging pollutants, the endocrine disrupting chemicals (EDCs). While air pollution increases the risk of respiratory and cardiovascular diseases, EDCs may play a role in the development of reproductive disorders, cognition and memory problems, as well as metabolic disorders such as obesity and diabetes.

No registration will be possible on the site